Christian Kane speaks about the “Field of Dreams” – a park where kids with disabilities can go to play – planned for Toms River during an interview Wednesday, March 5, 2017. His son Gavin, 6, has a severe brain trauma from a car accident five years ago. (Photo: Thomas P. Costello)

There were nights Christian Kane was unable to sleep, the silence almost deafening as he lay in bed. It was too much like the absence of sound from the backseat, where his 19-month-old son, Gavin, was in a car seat, after a fully-loaded beer truck plowed into them from behind nearly five years ago. Or the initial hush on the other end of the phone when he called his wife, Mary, from Community Medical Center and told her there had been an accident.

Now, all the Kanes want to hear is the beautiful noise of children playing. The wonderful sound as special youngsters like Gavin, a 6-year-old still impacted by the severe brain trauma he sustained, experiencing joy of being a kid.

And that’s why the Toms River Field of Dreams project is so important.

It is envisioned by parents who understand how important it is for those with special needs to have a place where they can feel normal, and it’s become a crusade for a father with a background in athletics.

“Our older son, Owen, plays locally in baseball leagues and stuff,” Christian Kane said, “and over the summer my wife and I looked at each other and said, ‘Gavin is never going to be able to do anything like this.’ So from there the whole thing kind of steamrolled.”

Now there’s a piece of land donated by the town, a realized business plan to raise $1.2 million from partnerships, grants and donations, and schematics that show a baseball field. The facility, which will host leagues, also features a playground, miniature golf course and picnic area. The key is it is all designed for youngsters with disabilities.

But there’s much work left to be done for the dream to be realized. The first major fundraiser will be in conjunction with the Lakewood BlueClaws on May 22 at FirstEnergy Park. They’re also being handed the keys to Pine Belt Arena on the campus of Toms River North, where Christian Kane teaches math and used to be the head basketball coach, and are looking for a performer with a heart of gold to fill the venue and put them over the top.

To provide communities in Monmouth and Ocean Counties an all-inclusive complex which has a playground and other multiple physical and cognitive environments which create and recognize everyone’s right to fully participate in equitable play.  This inclusive complex intentionally addresses the physical and social inclusion of people of all ages and abilities. 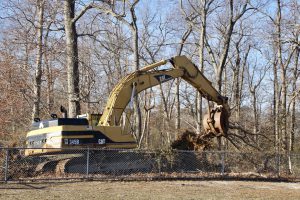 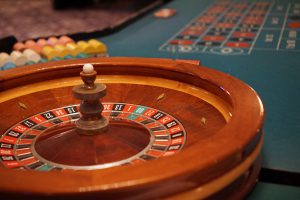 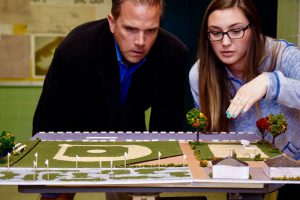